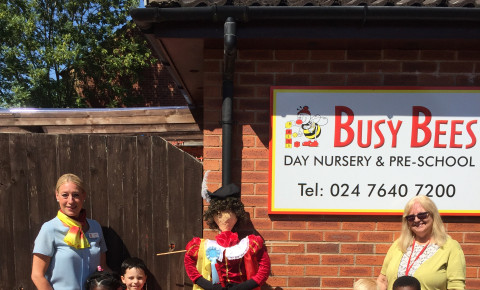 We took part in a scarecrow competition this weekend as part of the Allesley Festival. It’s the 1st year we have entered, we attended a scarecrow making workshop, a few Saturday’s ago, & then created a scarecrow to fit this year’s theme, ‘Nursery Rhymes & Fairy Tales’
We chose the ‘Pied Piper Of Allesley’ & we’re awarded a rosette for ‘Highly Commended’ which we received this morning from one of the Festival Committee.