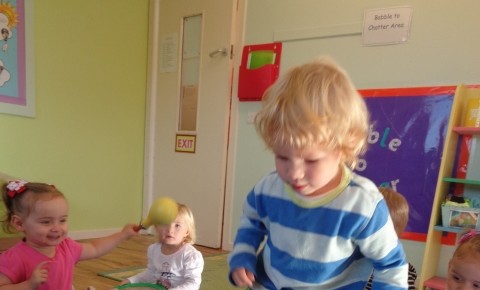 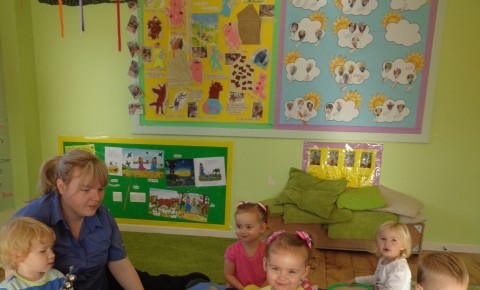 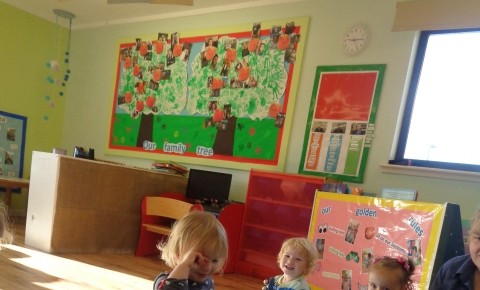 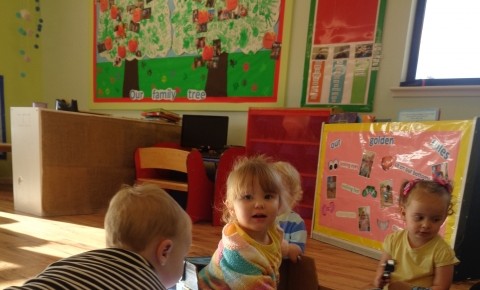 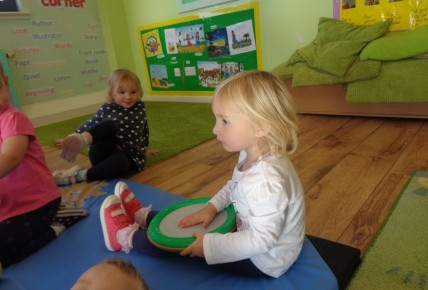 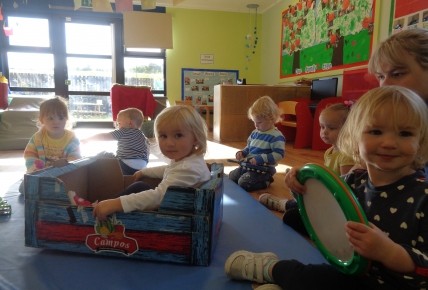 The children in the Daisy Room took part in a Babble to Chatter activity, which involved lots of musical instruments and a cardboard box!

First of all, the children were all provided with a musical instrument and all played them together to make some noise.

Once the children had all had a turn of playing in the band, it was time to play them one by one.

This time, a child was to sit in the box and listen out for a certain instrument. When they heard their instrument they were to jump out of the box.