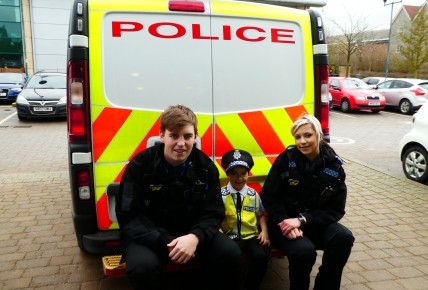 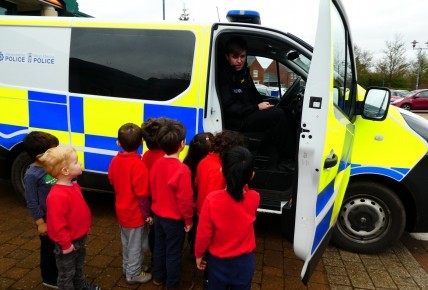 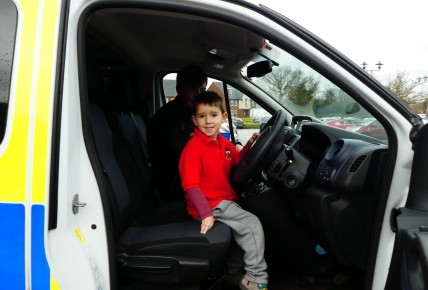 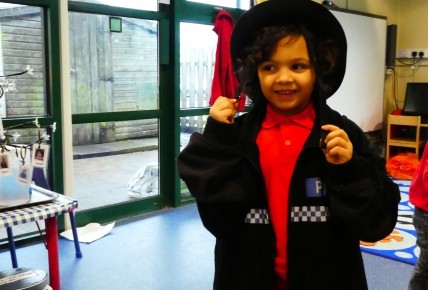 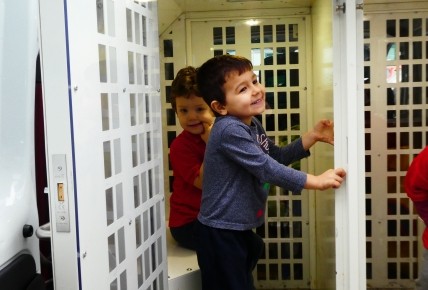 Today we had a visit from two Police Officers from our local police station in Leamington Spa.

They spoke to the children about keeping safe and if they were ever in trouble and it was an emergency they could phone 999 and the police would be there to help them.

The children enjoyed dressing up in the police clothing and found that some of the hats were very heavy on their heads!

Outside the children were allowed in the police van and could press the 999 button to switch on the blue lights, they also went in to the back of the van where all the bad people have to go although some were reluctant to start with as they said "I haven't been naughty"