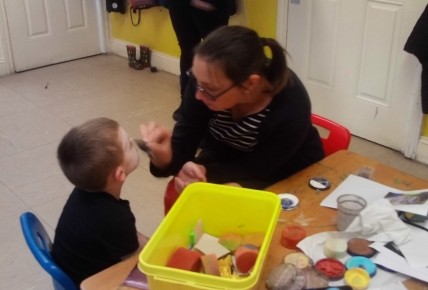 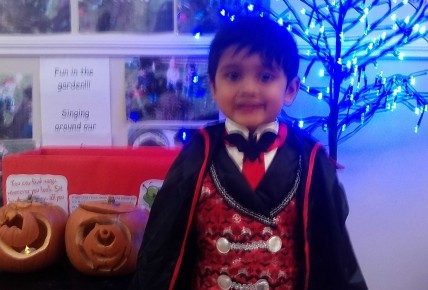 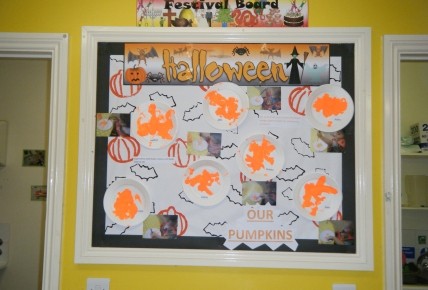 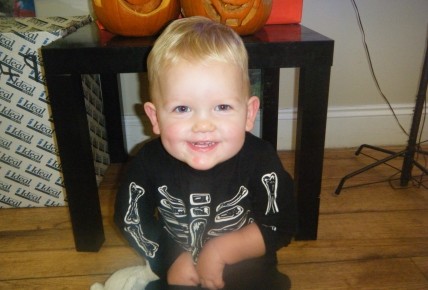 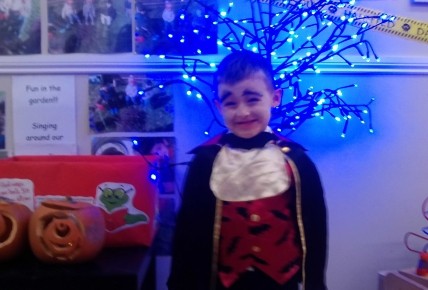 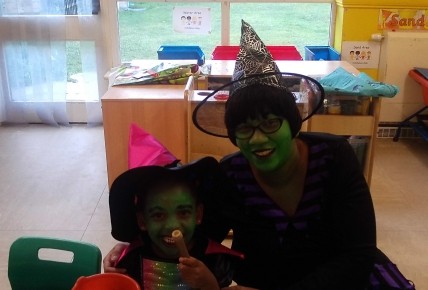 Today the children came into Nursery in their fancy dress outfits, all the children that took part looked fantastic and it was great to see how much effort that went into them. We even had a mum and her daughter come in as witches and dressed themselves the same even with green face paint. This was lovely to see. In the older rooms the children made sand sculptures out of the magic sand i.e Bats and Pumpkins.The children also drew pictures of Bats, Spiders, and Pumpkin's. one child in Pre-school said "Oh look we are making Batman". The children helped their Key workers to scoop out the pumpkin seeds and said what they would like to be carved on their Pre-school Pumpkin.

The children made some ginger bread bats to take home ans share with there parents and carers.

Pre-school children also had their faces painted of spiders, Cats and skeletons. The children listened to Halloween Music and danced and played games. This was then followed by a Halloween tea party where families came along too.