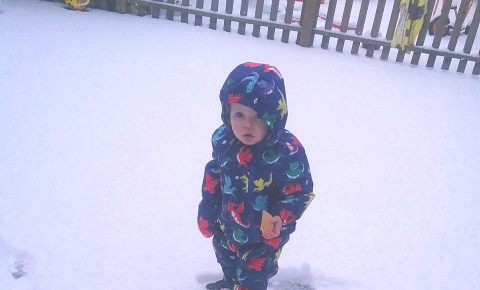 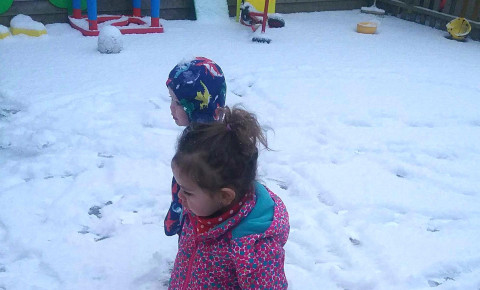 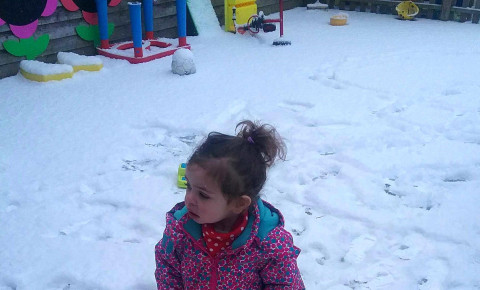 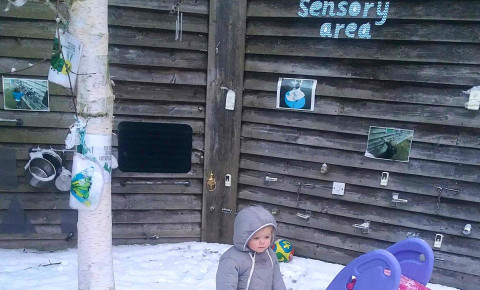 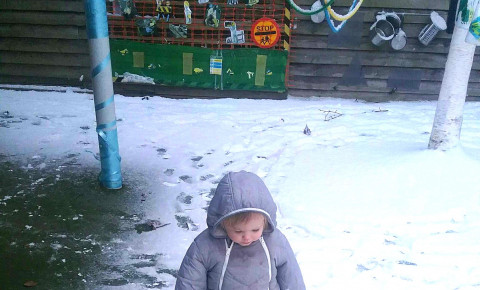 The toddlers really enjoyed playing in the snow today! We ensured the children were wrapped up enough to go and experience the garden covered in snow. Lily ran straight into the garden whilst dragging her feet through the snow , she bent over and picked up some snow, she rubs the snow in-between her fingers to feel the texture then throws it on the floor whilst saying "Cold". Robin came very prepared with her snow suit, making it easier for her to get involved in the snow. When she stepped into the garden she fell backwards on to her bottom,making the snow around her bounce up in the air. This made Robin laugh, she then begun swooshing her hands in the snow. Once standing up, she walked over to the slide and with one finger, starting drawing lines in the snow. Oliver was unsure about the snow when he first arrived in the garden, a member of staff encouraged him to touch the snow, which he did. He then became more confident walking in the snow, and was admiring his foot prints on the ground.