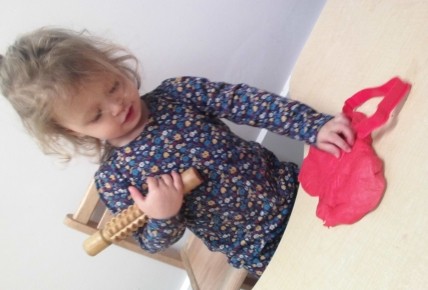 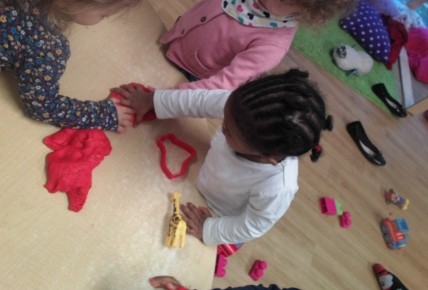 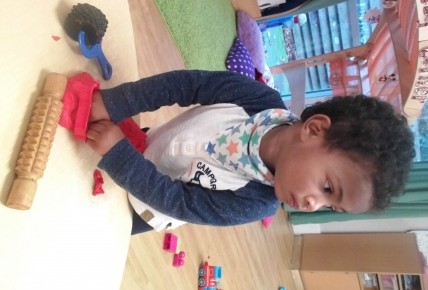 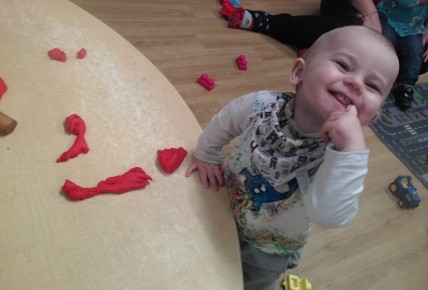 How does this activity help children's development?

The main area of development this activity supports is Physical Development. It helps with their gross motor skills as they are picking up the play dough tools and making marks with it. They are also rolling the play dough with their hands. Another area of development this activity supports is, Expressive Arts. They are using their imagination to create what they want to create. They are also being creative by using different tools to benefit the outcome of their play dough art. Personal Social, Emotional is supported because they are engaging in a group activity and sharing the tools with each other. They prompt each other to get involved in the activity and share their ideas with each other.