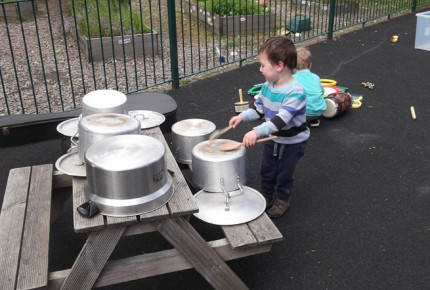 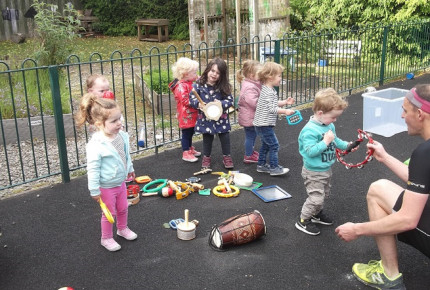 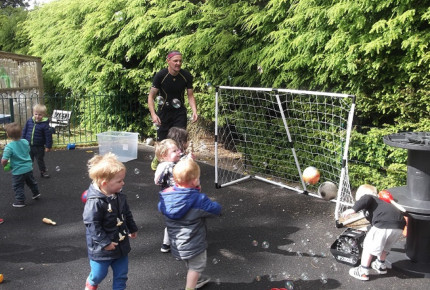 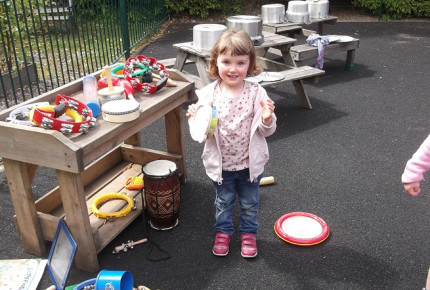 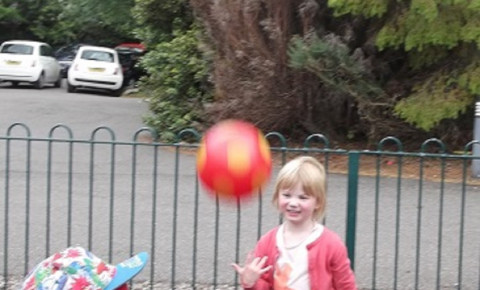 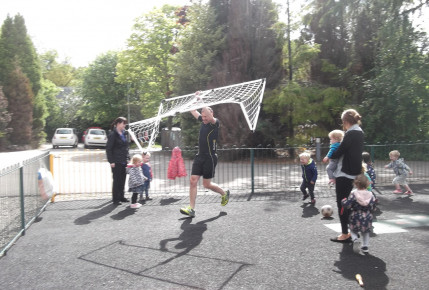 Our chef, John devised a plan for both football and music to be combined for a super fun activity during enrolment week, to get into the mood for the World Cup!

We had songs playing on a big speaker, the bubble machine on the go, loads and loads of instruments for the children to play and lots of different balls, which were used to play football, beat the goalie, catch and throw.

They had an amazing time singing, playing and chasing John, whilst others were engrossed in playing the harmonica or seeing how high they could throw their ball!