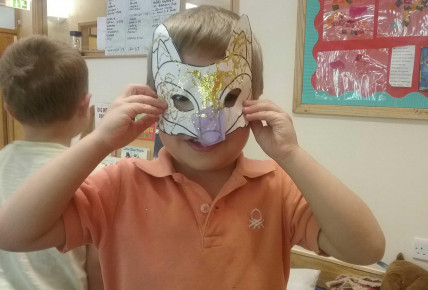 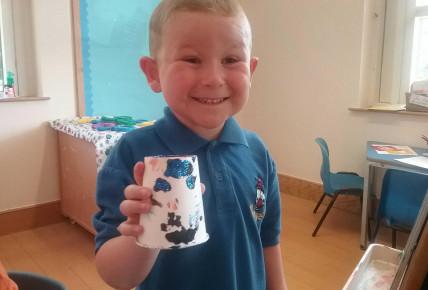 We have been exploring a wide range of different activities, learning about countries and their cultures and also their involvement in the World Cup 2018. All rooms focused on a different country each day and explored different aspects of their life.

Squirrels explored different size balls in their garden and showed enjoyment in kicking them in the goals and copying their carers when clapping. They also made English and Brazilian flags using paint and tissue paper.

Penguins took part in a messy activity which consisted of rolling balls in paint, mixing colours together creating different marks. The children also played football games in the garden where they had to throw, catch and kick the balls to and from their friends and carers.

Parrots focused on Russia for one of the days and made Russian dolls using paper cups, tissue paper, paint ect. The children painted England and French flags using a range of media and also made paper plate footballs using coloured card.

Panda's and Tortoises worked closely together during the World Cup week and took part in lots of fun, exciting activities. The children made a range of flags using different media and focused on the colours of the flags, discussing the similarities and differences. In small groups, the children took part in cooking activities making football cookies and discussed the different ingredients and tools they were using.

Pre-School decorated their own football kits using different materials. The children discussed what football teams their families support which led to a football match in the garden! The children also made wolf masks as Russia's football mascot is a wolf, which followed on to role play activities.