I have been working in child care for over 20 years, my experiences range from being a nanny, managing a small crèche within a private college, to working in Day nurseries. I have been at Busy Bees in Reading Woodley since the nursery opened in April 2000, where I joined as a Deputy Manager and was promoted to Nursery Manager in 2003.
I have an Advanced Diploma in Child care and Education and have completed a Leadership Capability Programme through Busy Bees.

I enjoy all aspects of my role as a Nursery Manager and work with my long standing staff team to maintain excellent standards of care for all children in the nursery.

I believe that working in partnership with our parents is paramount in supporting their children’s learning and development and have seen many children through the nursery and have had the pleasure in watching them grow and develop into confident individuals before moving onto school.

I have been lucky enough to have my own son at Busy Bees in Woodley from the age of 6 months, he too benefited from the care the nursery provided, before his departure to school. 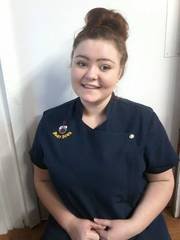 Chloe joined the Nursery in March 2007 and supports the Manager in the day to day running as well as leading the team in the 2-3's room.
Chloe is level 3 qualified and holds an NVQ in Management. 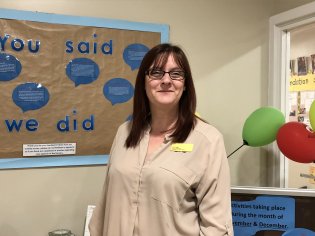 Lisa has worked at the nursery since June 2006 as our Financial Administrator and is responsible for all the invoicing, fee and funding elements of the nursery and also supports the nursery as an Early Years Educator

Lisa is happy to assist with any queries between the hours of 7.30am and 4pm Monday to Friday. 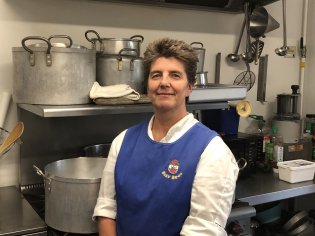 Dawn is our Nursery Chef and has a Level 3 in Supervising Food Safety in Catering.

Caroline is our Senior Room Manager in our 1-2's Room and has been at the nursery since October 2010. She is supported by Sian who is level 3 qualified and has been with us since June 2010

They are also joined by Gabriella who joined us in October 2016 as an Early Years Educator and Dawn who is level 3 qualified and joined the team in December 2018.

Stacey is our Room Manager for our Pre-School and has been with us since February 2009 and has a level 3 qualification.

The Dormice room is led by Kat who joined Busy Bees in March 2017 as a level 3 qualified member of staff.

Melissa is our Room Manager for our under 1's with a level 3 qualification and has been with us since September 2015. Melissa is currently doing her NVQ level 3 in management.