I hold a Foundation Degree in Early Childhood Studies and graduated in 2014, I also hold a NVQ Level 3 in childcare qualification. I hold an up to date Paediatric First aid certificate and am trained in SENCo – I have had 4 years of experience supporting SEN children and am very passionate about inclusive practice. I managed my previous setting for 4 years and started at the setting in 2010 as the nursery apprentice. I am a very passionate about my career and I am very driven to succeed in my role. I am very excited to be starting with Busy Bees and I can’t wait to put my stamp on the nursery - I am always striving to ensure that the childcare provision is of a high quality and the children’s interests are captured to provide a happy, stimulating environment. 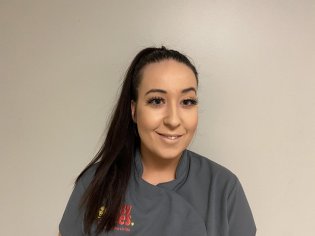 Rachael has worked at Busy Bees for 2 years, Rachael previously worked at Busy Bees in Reading as a Room Manager in Babies. Rachael now works in our Pre-School Room as Senior Room Manager and is also our Childcare Representative, she oversees Childcare throughout the whole Nursery. Rachael is named person for Behaviour Management and secondary SENCo. Rachael has a little girl who comes to the nursery as well. 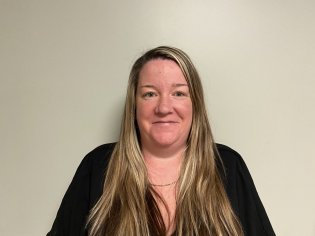 Louise has been working at Busy Bees since September 2006. She works part time/term time only and has two children aged 6 years and 4 years.

Carol joined Busy Bees in January 2015. Carol previously worked as a Manager in a residential home and within the care industry as a cook. She have 3 grown up children and 5 grandchildren. 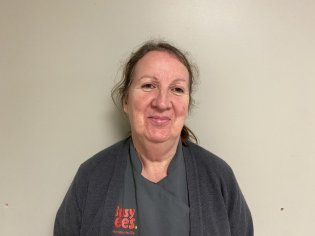 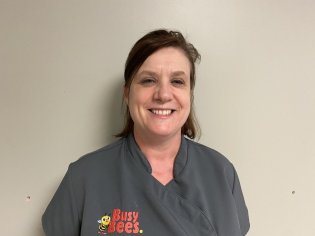 Vicky is our Senior Room Manager and also our Health and Safety Representative, she joined us in April 2017, she is supported by Hayley who joined in October 2015 and Jordan who joined in September 2015, both Hayley and Jordan are working toward their NVQ Level 3.